One of the most scandalous members of the Bundestag is no longer a member of parliament: The fall of the Left Party below the five percent hurdle leaves Diether Dehm without a mandate.

Wolf Biermann once called his West German manager a “dodgy friend”, “who had betrayed me on behalf of my loyal enemies”. The reason was as simple as the breach of trust: Diether Dehm, who until a few days ago was a member of the Bundestag as a member of the left-wing parliamentary group, is said to have spied on the songwriter and GDR dissident for the Stasi after his expatriation in the West, changed into as soon as he has always denied, but files suggest.

Dehm’s post-turnaround career in the party did not, however Abort, even if he did not end up on one of the most promising places on the list. Over the years, Dehm had put himself too sidelined within the party for that.

He escaped expulsion from the party

The old left appeared again and again Left the SPD in the midst of a party that was at least slowly modernizing like a relic of the Cold War. Proximity to the Kremlin, anti-Americanism, sympathy for dictators and terrorists, conspiracy theories – these still exist in the left, but rarely do they come to the fore as openly as with Dehm. So open that even a party exclusion procedure was up for debate of the party executive, for Xavier Naidoo he also jumped into the breach. Its critics, who accused him of being anti-Semitic and close to Reich citizens, are an “anti-German Shitstorm-SA”.

It was not the only time that the MEP, much to the chagrin of his own party, misused his tone. Among other things, he compared Joachim Gauck and Christian Wulff, who both stood for election for the office of Federal President, with Hitler and Stalin. Foreign Minister Heiko Maas he called an “intestine styled NATO hustler”.

His sympathy for (former) terrorists caused horror again and again: The RAF terrorist Christian Klar, who was convicted of nine murders he employed after his imprisonment for his Bundestag office – that only came out when Klar applied for a house ID after several years. Dehm rejected a ban on Hezbollah activities in Germany. He proudly expressed solidarity with the PKK and repeatedly took sides for alleged victims of the supposed US imperialism: Syria, Russia, Belarus.

As a result, he also called his biography, which appeared in 2019: “My most beautiful Scandals “. At that time it could not contain a complete list. A year later, the songwriter published a conspiracy-theoretical song about the Covid pandemic on a party website, from which the party tried to distance itself as quickly as possible. That year he traveled to Russia at state expense and had himself vaccinated there with “Sputnik V” on Russian state television. Shortly before the election, he made campaign ads with the right-wing cabaret artist Uwe Steimle.

Through all the small and large discussions about his particular person, Dehm did not make himself more popular in his party either. When it came to filling the Lower Saxony state list for the federal election, he only landed in 5th place, which did not promise an inevitable mandate from the start. With that he missed the return – an enormous political setback for Dehm, who was once deputy chairman of the PDS warfare and state chairman of the Left in Lower Saxony. The prominent advocacy of Sahra Wagenknecht, who had fallen out of favor for her part, no longer helped he, a “provocative speaker,” praised Wagenknecht. She “came to appreciate him very much” and she “very much hope” that she will be able to work with him in the new parliamentary group. The fall of the left in favor of the electorate prevented that – perhaps it was foreseeable warfare. Wagenknecht’s campaign advertisement for Dehm was viewed only 449 times on YouTube, a second video also only a little more than 1,000 times.

Anyone who, despite all his scandals, has never heard of Dehm by the way, has at least probably heard one of his songs: In the 1980s he wrote the songs “A thousand times touched (Zoom!)” And the Schimanski for the Klaus Lage Band Title track “Faust auf Faust”. The songwriter, who previously performed under the name “Lerryn”, does not have to live on his royalties alone: ​​After many years in the German Bundestag, he is entitled to a pension of several thousand euros. According to media reports, however, he has already earned millions with his music productions. 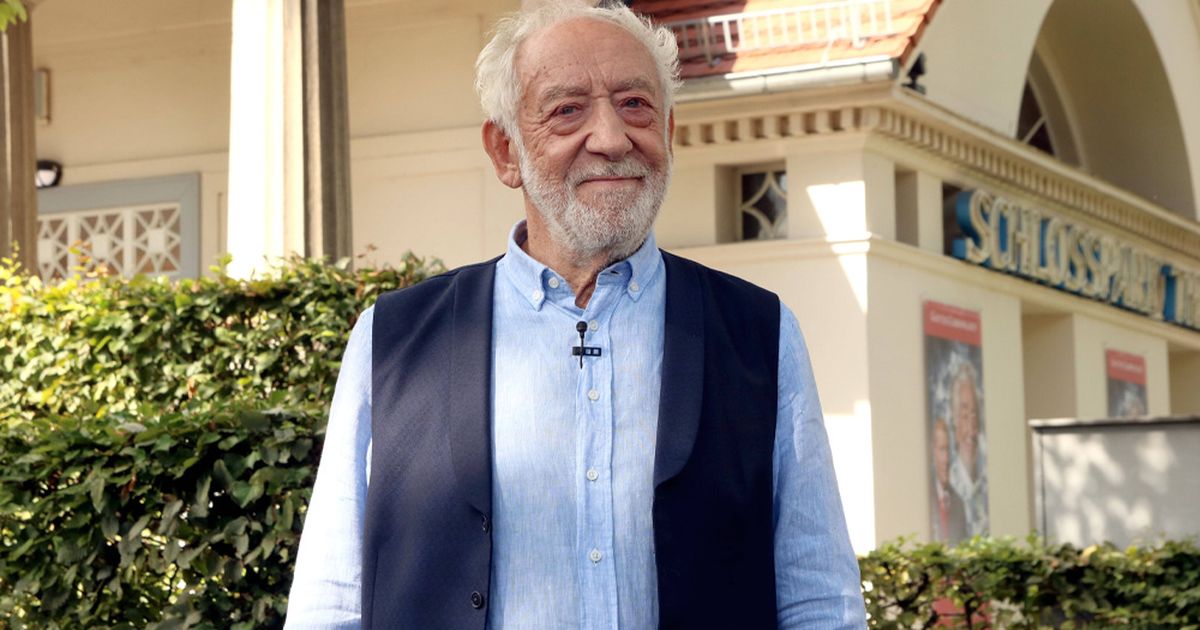 Dieter Hallervorden: About his return as a television disgust